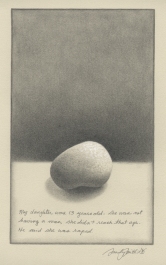 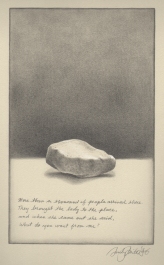 “More than a thousand of people arrived there. They brought the lady to the place, and when she came out she said, What do you want from me?” Eyewitness, Somalia, 2008 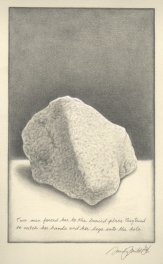 “Two men forced her to the buried place. They tried to catch her hands and her legs into the hole.” Eyewitness, Somalia, 2008 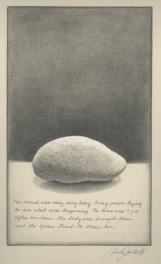 “The crowd was very, very busy. Every person trying to see what was happening. The time was 4 p.m.. After one hour the lady was brought there, and the forces tried to stone her.” Eyewitness, Somalia, 2008 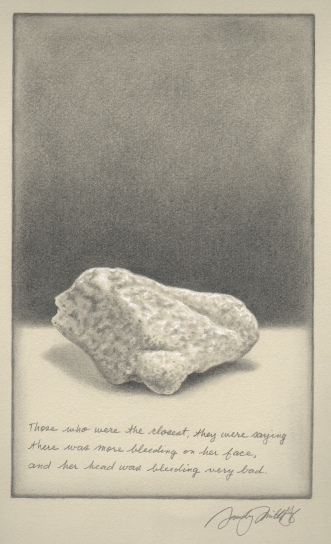 “Those who were the closest, they were saying there was more bleeding on her face, and her head was bleeding very bad.” Eyewitness, Somalia, 2008 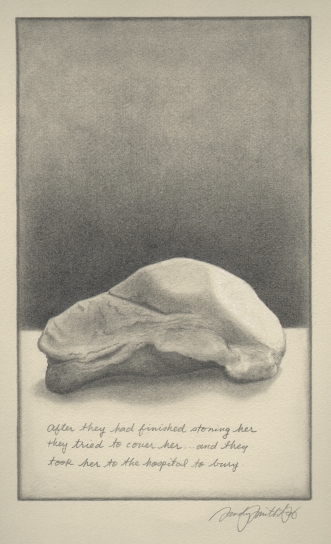 “After they had finished stoning her they tried to cover her… and they took her to the hospital to bury.” Eyewitness, Somalia, 2008

This visual essay and collection of stones was first inspired by an interview I read regarding the then recent conviction of a young mother who was accused of adultery, and sentenced to death by stoning. The subject of the interview was the public official who was put in charge of carrying out the execution. In reading the interview I was struck not only by the horror of the penalty—what does it mean that in the 21st century there are still women being stoned to death—but by the thoughtful way in which this official ruminated on the correct way to carry out the sentence: a pit would need to be dug, many volunteers would be needed to throw stones, and the right size stones would need to be decided on. This last item,  though chilling, made me think—what is the perfect stone for killing a woman?

There are few outdoor places where stones are not plentiful, even in the town where I live, so I began looking for the perfect stone. What would it look like? What shape would it be? How large? Little things we take for granted take on new meaning when studied up close. Stones are natural and varied, they are often quite beautiful. They have no malice on their own. When drawing them they began to appear as fragile and helpless as the young girl whose recent death by stoning is described from an eye witness account below each image.

In the end of the interview, the public official drew his own conclusion of what the perfect stone would be as he held up his own closed hand  “about the size of a man’s fist”.

4 thoughts on “The Perfect Stone”